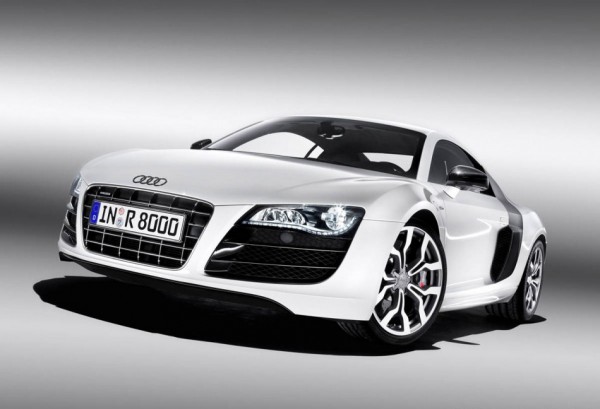 Audi R8 5.2 FSI quattro
Audi is launching the next variant of its top-of-the-line model. With the R8, the brand has established itself at the forefront of high-end sports cars from the very start – and now comes the R8 V10. Its 5.2-liter, ten-cylinder engine churns out 386 kW (525 hp) and 530 Nm (390.91 lb-ft) of torque, which makes for breathtaking performance. With superior Audi technologies such as quattro all-wheel drive, the lightweight aluminum body, the innovative all-LED headlights, and its striking design, the R8 V10 takes pole position against the competition.

The R8 V10 is the result of cumulative know-how from Audi’s string of Le Mans victories. Its naturally aspirated engine combines racing technology such as dry sump lubrication with FSI gasoline direct injection. The ten-cylinder design is the perfect synthesis for impressive top performance, mighty pulling power, and low weight. Starting in 2009, this engine will also prove its potential on the world’s racetracks – in the new R8 racing car Audi is developing for customer teams in conformance with the GT3 rules.

The Audi R8 5.2 FSI quattro rockets from zero to 100 km/h (62.14 mph) in 3.9 seconds. In the version with the sequentially shifting R tronic it reaches 200 km/h (124.27 mph) in another 8.1 seconds. Even then its propulsive power hardly lessens: it’s sufficient to reach a top speed of 316 km/h (196.35 mph). The immense force, the spontaneity and the thrust of the acceleration, plus the sound of the engine – all these impressions coalesce into a breathtaking sports car experience. The V10 plays a concert with growling bass tones and powerful high notes, which grows into a grandiose fortissimo as the engine revs up. This sonorous acceleration doesn’t reach its limit until 8,700 rpm.

The 5.2-liter powerplant uses direct injection according to the FSI principle developed by Audi. A common rail system injects the fuel into the combustion chambers with up to 120 bar of pressure. Direct injection reduces the susceptibility to knocking and provides a certain amount of cooling through the evaporation of the fuel, which in turn supports a high compression ratio of 12.5:1. This in turn contributes to superior performance and improves fuel economy. The R8 V10 with R tronic gets by on an average of 13.7 liters per 100 km (17.17 US mpg). 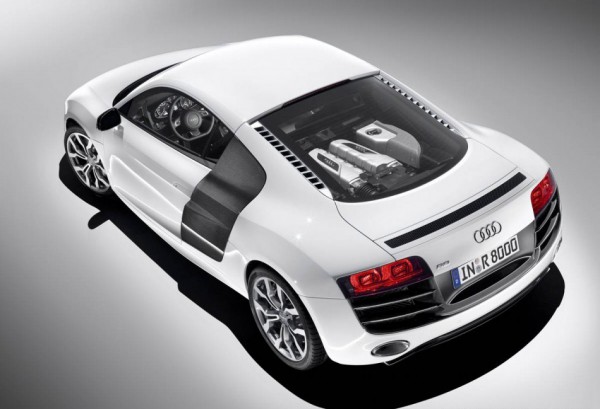 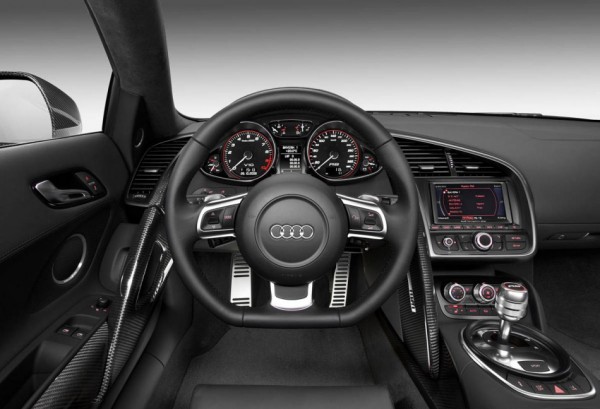 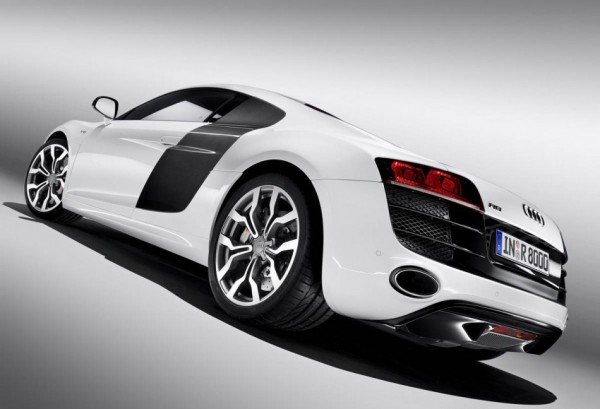